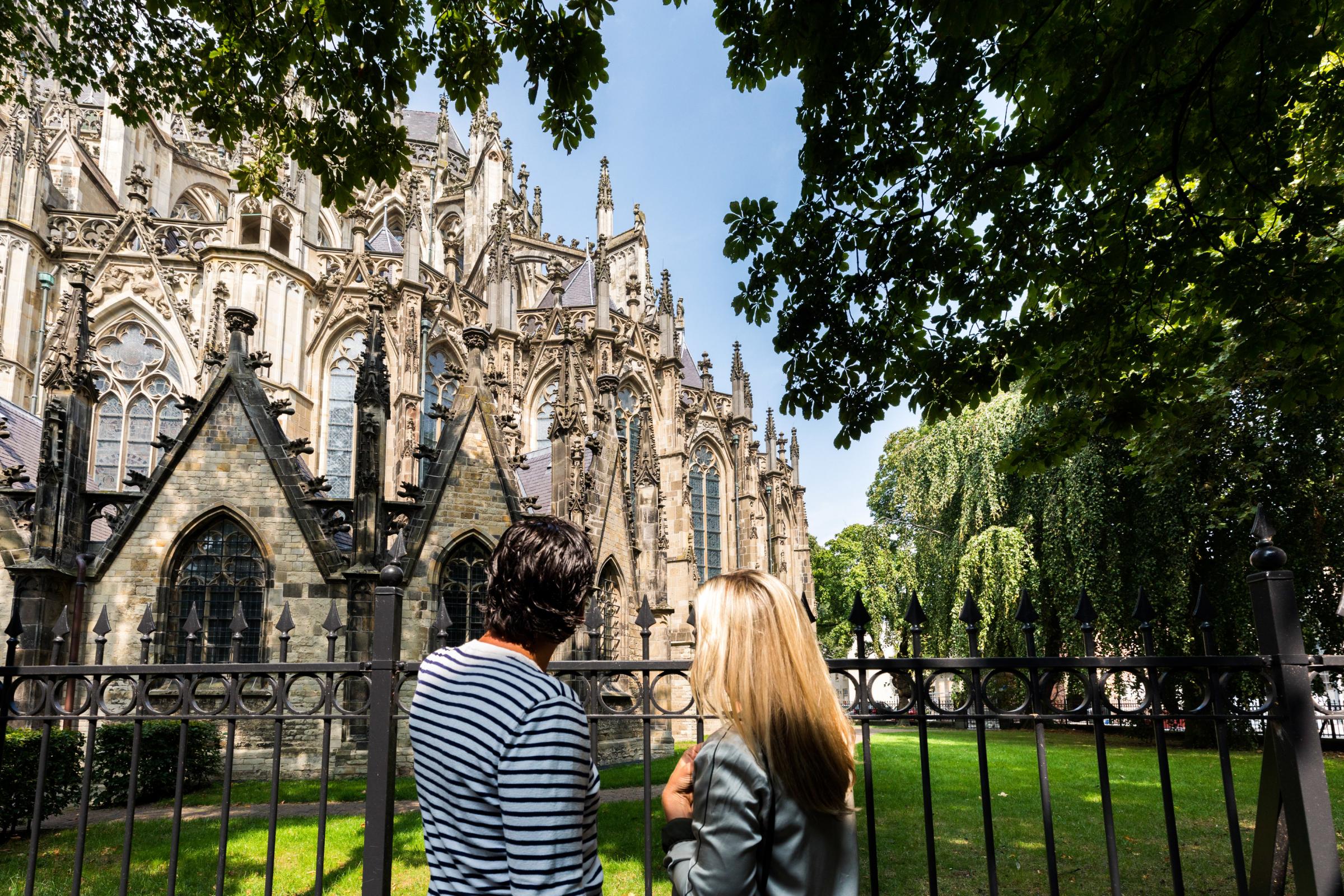 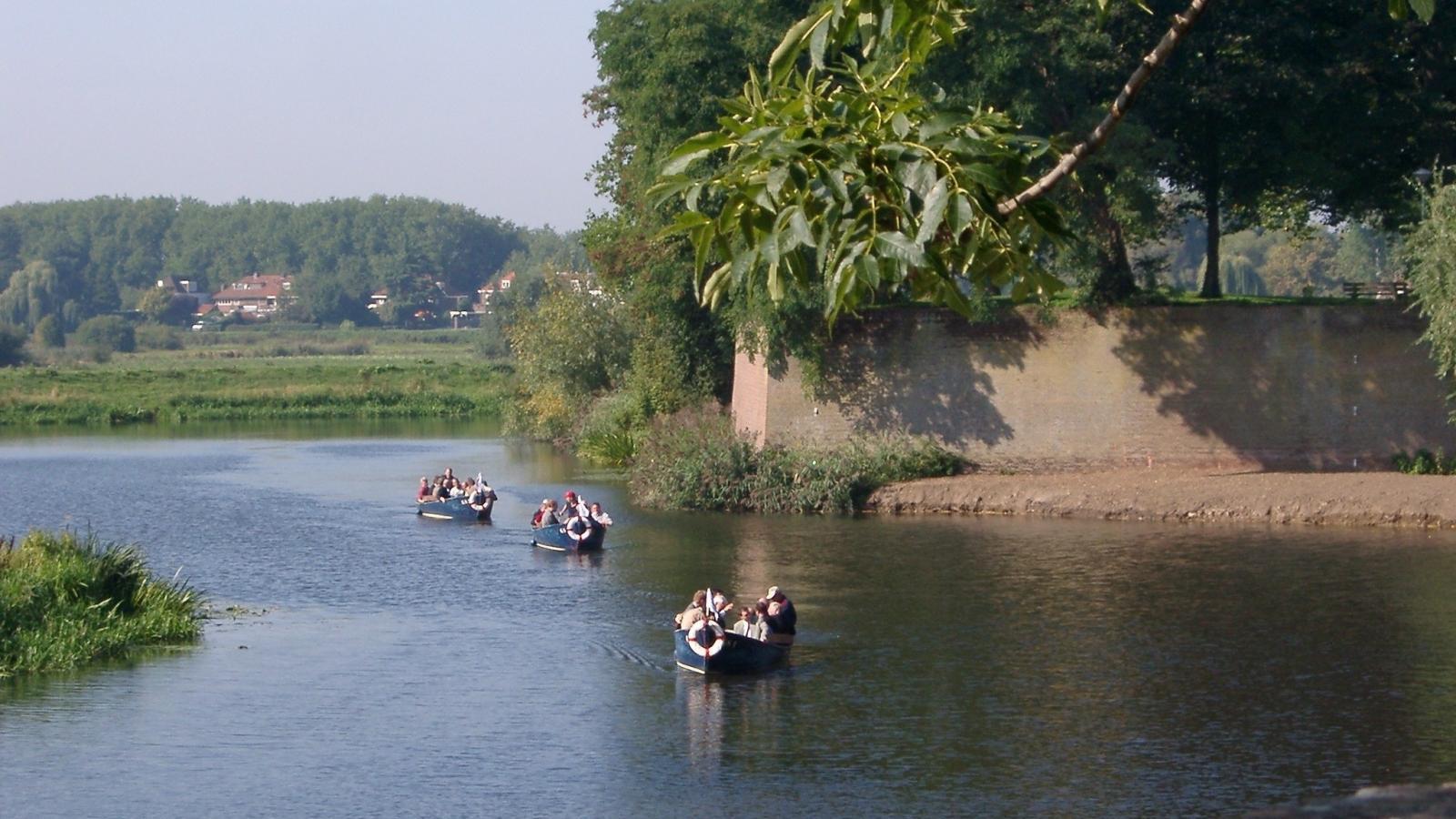 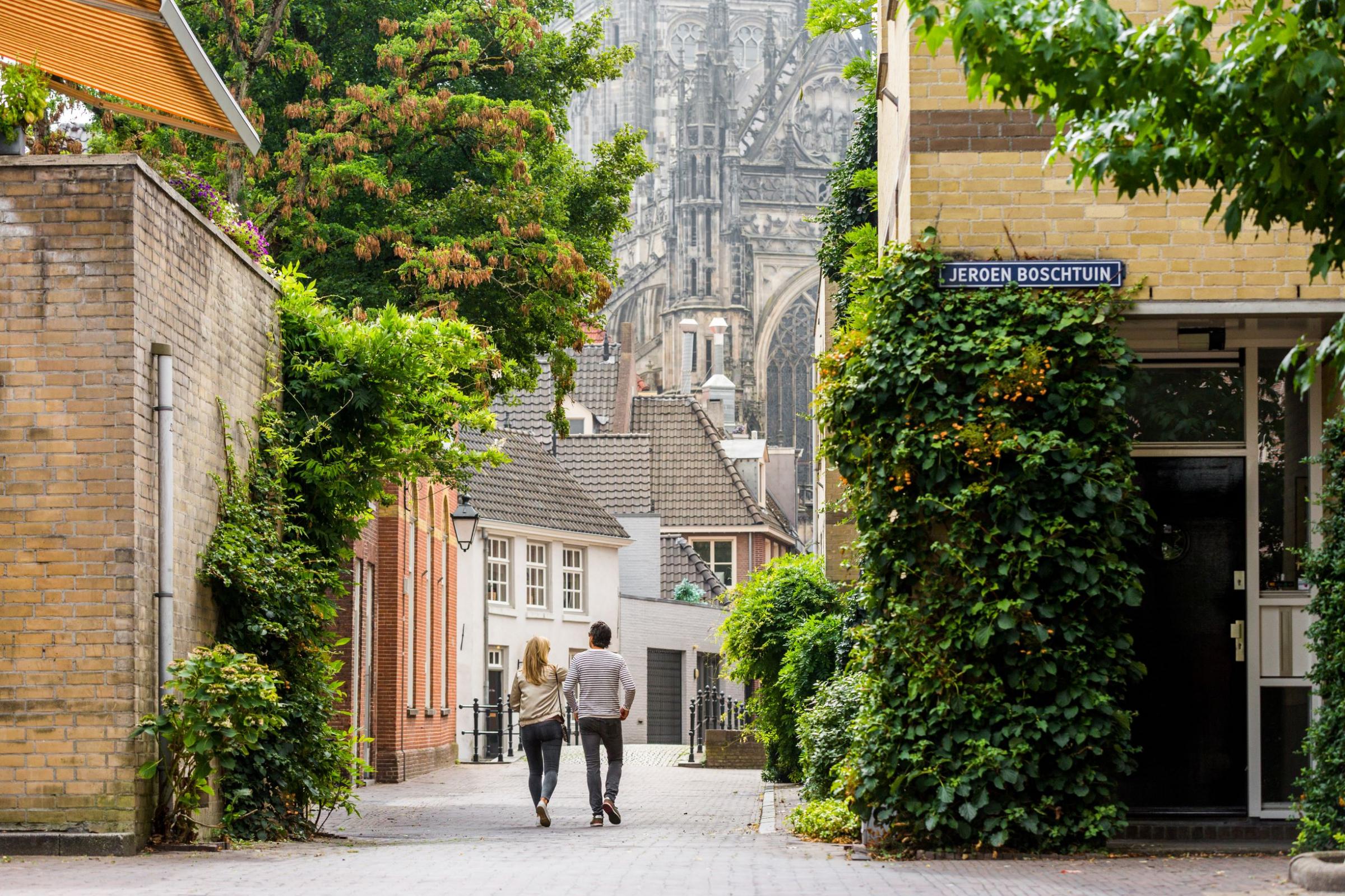 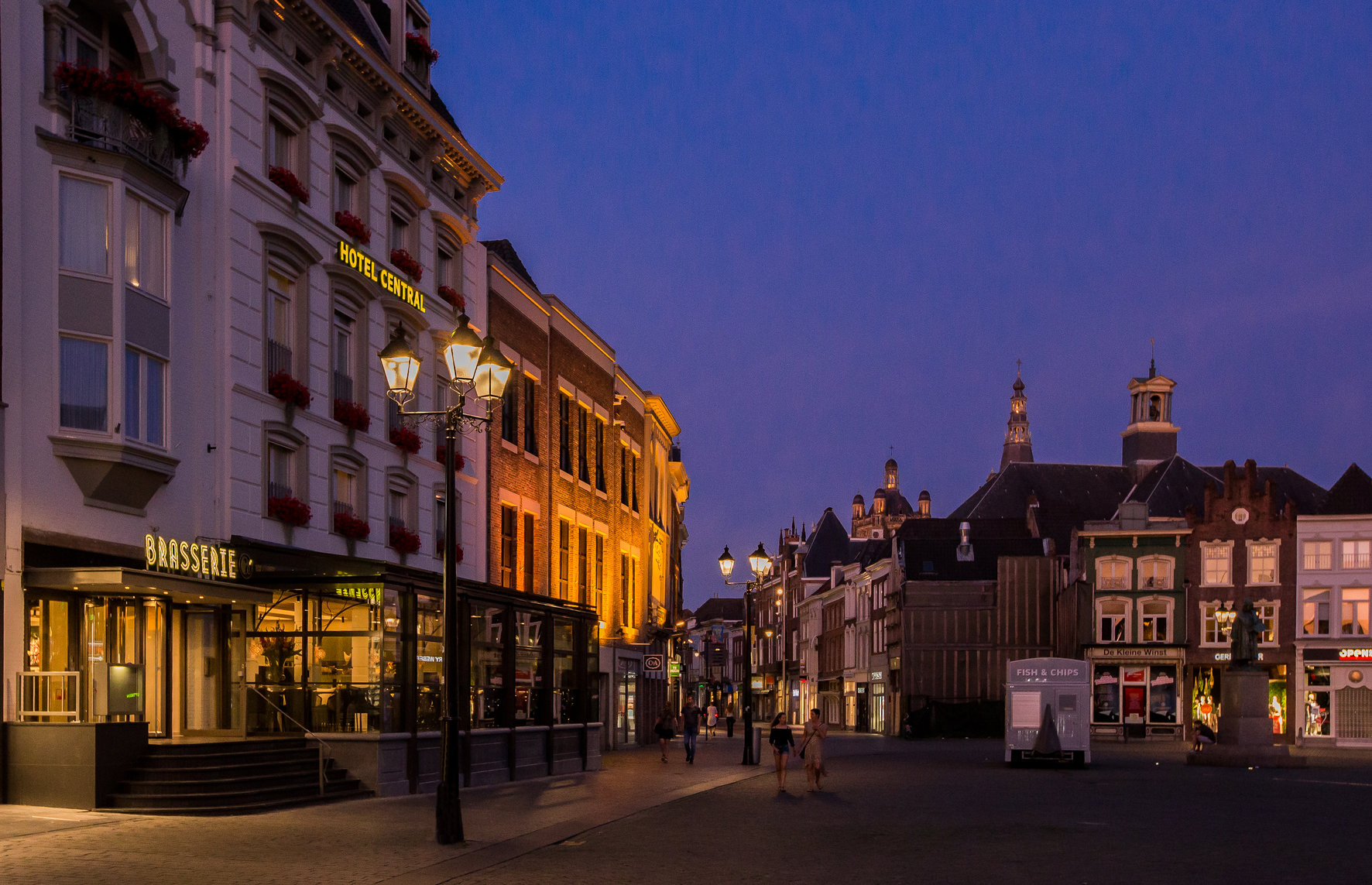 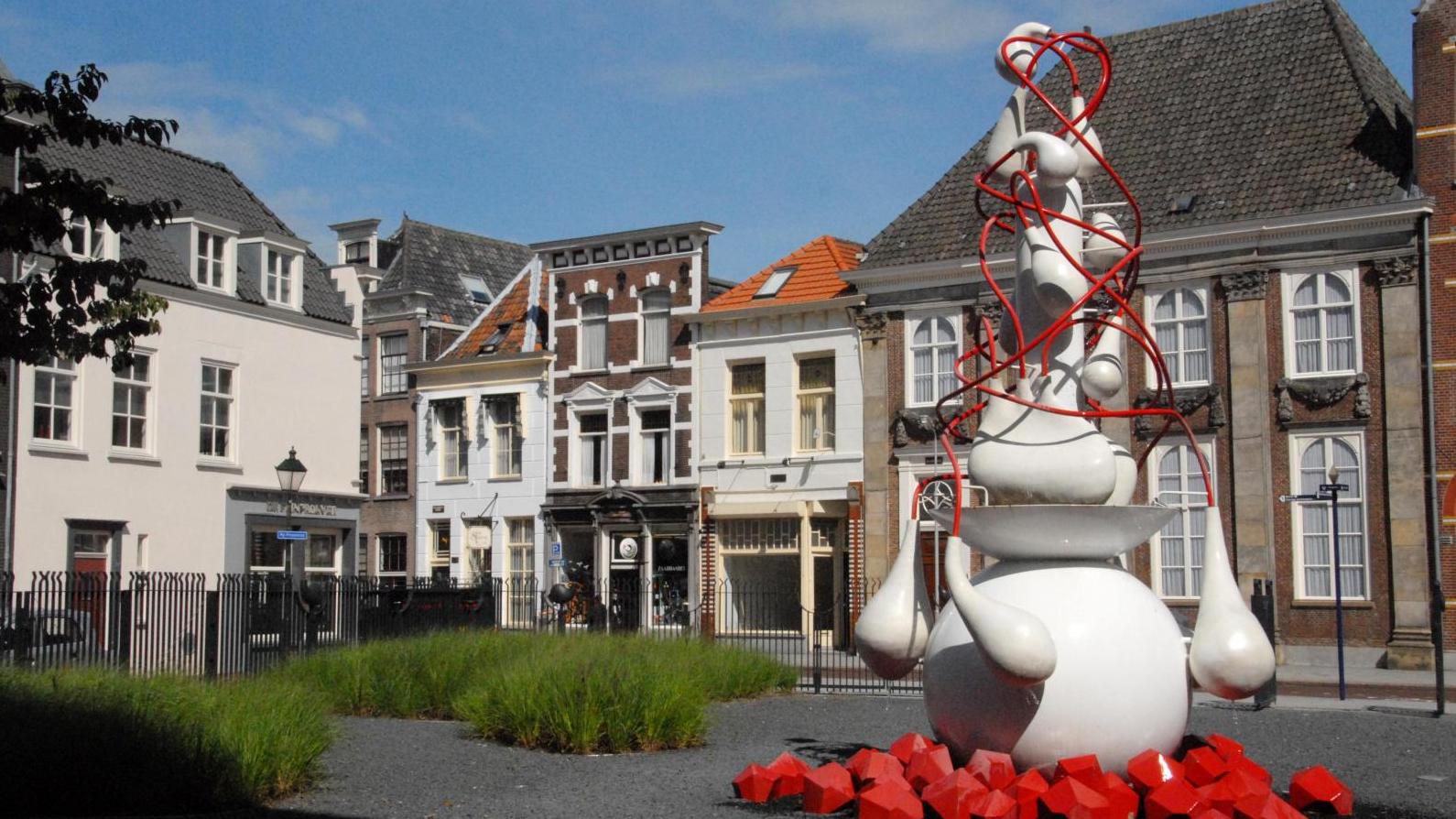 A history of hospitality

Visit Golden Tulip Hotel Central to experience what true hospitality feels like. Giving people a warm welcome might not have been invented here, but it is deeply ingrained in our DNA. And by that we mean a most luxurious form of hospitality, according to the true Burgundian tradition. A tradition we as the family of hoteliers in ’s-Hertogenbosch have perpetuated for four generations. In the traditon of the first inhabitants of this historic building that dwelled here over 600 years ago.

Let’s go back to 1422
It’s 1422. Dirck de Roover, a knight and generous inhabitant of ’s-Hertogenbosch, bestowed the title Lord of the Nemelaer upon himself and constructed a fortified home for himself, De Leeuwenborgh. Here he received the movers and shakers of ’s-Hertogenbosch during legendary boisterous times. And Jheronimus Bosch was yet to be born (more or less opposite us). The latter gathered pleasant inspiration here. As did Emperor Maximilian of Austria and his wife Bianca Maria Sforza who enjoyed themselfs to the fullest sometime later. And those are just a few names.

In the meantime on the Markt
During the following centuries, the term hospitality gained a slightly different substantiation. De Hoofdwacht [town gaol] was situated on the premises and they made sure to give local criminals a warm welcome. The building subsequently served as the most welcoming post office in the world. Only in 1896 did Dirck’s spirit return when the house became a bar-restaurant. And was named Central.

Emergence of a family of hoteliers
A little later, consummate host Johan Rademaker appeared. He turned Central into a hotel in 1905 and laid the foundations for the family of hoteliers in this city. His most illustrious successor so far? Grandson Tonny, the driving force behind today’s hyper-modern, luxury hotel complex who remained active until he was 91! These days it is great-granddaughter Karin and her team who show what makes Hotel Central what it is and hopes to remain for a very long time: ’s-Hertogenbosch’s living room.

Simultaneously historic and hyper modern
Hotel Central is as contemporary and hyper modern as it is steeped in history. That applies to all our 125 rooms, each of the 12 multi-functional meeting rooms, brasserie Cé, private dining De Leeuwenborgh, the impressive 14th-century vaulted cellar De Hoofdwacht, De Moriaen bar, our gym (with its fairy tale view of Saint John’s Cathedral) and our unique penthouse.

Jheronimus was a patron
Jheronimus Bosch was born diagonally across from Hotel Central in 1450. It’s highly likely that the little boy played right outside. Years later, deeply inspired, he would develop into one of the world’s most renowned painters and by far the most famous person from ‘s-Hertogenbosch (and his studio was situated right next door). We have honoured him with a statue on the market [Markt] and a wonderful function room at our hotel.

Enjoyment with a capital E
At Hotel Central we spoil you in all sorts of ways. Although, Enjoyment with a capital E can be found across the province. From picturesque cityscapes, the always inspiring Design Museum Den Bosch and the fabulous Saint John’s Cathedral to the internationally renowned Noordbrabants Museum and the resplendent Van Gogh National Park. Don’t feel like walking? Take one of our e-bikes or (even more romantic) one of our tandems to the Bossche Broek nature reserve. Ask reception for details.

“When you stay at Hotel Central, I want everything to tell you that you are in the heart of the Province of Brabant. I want you to feel entirely welcome. At ease and pleasantly pampered. This is what coming home feels like.”